There are forty three days until the 2018 Clapham Book Festival and our publicity and promotion has already begun.

This year we have, we think, really got something for everyone, as we bring acclaimed novelists, biographers and poets to Clapham, as well as a literary Dame and a famous novelist and screenwriter. We continue the tradition of bringing prize-winners to the Festival and, we hope, spotting books which will go on to win prizes.

The web-site has all the Programme details ( www.claphambookfestival.com ) and tickets are on sale for charged for events at Omnibus Theatre (omnibus-clapham.org ) With eight events happening on just one day, the problem this year is how to get it all in!

Clapham schools have already been contacted to make sure their Librarians and English teachers know about the Festival, but, in particular, that secondary schools are aware of the event which kicks off the day in Clapham Library. 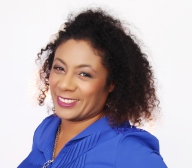 about her books Orangeboy ( winner of The Bookseller’s 2017 Children’s Book Award and the Waterstones Children’s Book Prize, as well as being short-listed for the Costa YA Prize ) and Indigo Donut. The latter has already garnered praise from the Times, the Observer and the Sunday Times. Patrice also blogs at The Lawrence Line and can be found on twitter @LawrencePatrice. This is a FREE event.

Our second event, this time in Omnibus Theatre, is The Writing Game, for all those folk who want to find an agent or a publisher for their writing. I was on the Clapham Writers stall at last year’s Clapham Summer Fete and plenty of people wanted to talk about just this topic. As publishers focus on their financial bottom line it is becoming more and more difficult to attract attention as a new writer. So, we’ve persuaded Lucy Luck and Philip Gwyn Jones, both publishing industry insiders, to come and talk about it.

Lucy is a long time and successful agent, first with RCW, then at Lucy Luck Associates,

which became part of Aitken Alexander. She moved to Conville and Walsh in 2016 where she represents a list of prize-winning authors, including Catherine O’Flynn, Colin Barrett, Kevin Barry, Sara Baume, Sara Taylor and Andrew Michael Hurley. She is, she says, ‘looking for literary and literary cross-over novels and non-fiction that makes you think.’

Lucy will be joined by Philip, a seasoned editor and publisher with twenty-five years experience at the heart of literary publishing in the UK. His early career was at Harper Collins UK, first as editorial director of Fontana Press, then as publisher of Flamingo. More recently he was executive publisher at Granta and Portobello Books (which he founded in 2004) and is currently editor-at-large at ScribeUK, where he buys both fiction and non-fiction.

Philip and Lucy will be discussing the ‘do’s and don’t’s’ of attracting an agent and a publisher and there will, I am sure, be an interesting question and answer session. This event begins at 11 o’clock and costs £10 (£8 concessions).

Then it’s over to the poets and performance….

A version of this blog post appeared on http://www.thestorybazaar.com  in February 2018.

2 Responses to The Countdown Begins