There are just 74 days to go before this year’s Clapham Book Festival on 5th October and tickets are already selling fast.

First up at 2 o’clock we have the award-winning historian and New York Times bestselling novelist Professor Kate Williams, who vividly explores the rivalry between Mary Queen of Scots and Elizabeth I. Fascinated by powerful women, her biographies have featured Josephine Bonaparte, Emma Hamilton and Queen Victoria, as well as the two 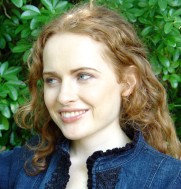 sixteenth century Queens. She also writes historical fiction, with her three-part historical saga about the glamorous but doomed de Witt family. You may well have seen Kate on TV, she is the social historian on BBC2’s Restoration Home, the royal and historical expert for CNN and appears regularly on TV and radio. She has also covered all the major modern royal events.

At 3.30 Ursula Buchan, scion of the Buchan clan, draws on 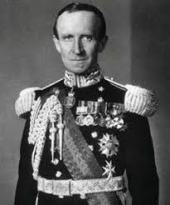 new family archive material for her biography of her grandfather, John Buchan. ‘JB’ is an intriguing personality, a scholar, antiquarian, barrister, colonial administrator, journal editor, literary critic, publisher, war correspondent, director of wartime propaganda, member of parliament and imperial proconsul – given a state funeral when he died, a deeply admired and loved Governor-General of Canada. The award-winning journalist  discusses this ‘magnificent biography’  with Clapham novelist Elizabeth Buchan, revealing the author of The Thirty-Nine Steps in a completely new light.

Michèle Roberts about The Wife’s Tale, her “outstanding and highly unusual memoir” of her Ethiopian grandmother, Yetemegnu, sharing how she came to write this lyrical biography. Lovingly researched, the story moves from Yetemegnu’s birth to her marriage (at the age of eight) to a cleric and poet two decades her senior, through fascist occupation, the rise and fall of ruler Haile Selassie, revolution and civil war. Edemariam, who grew up in Addis Ababa, and is of Ethiopian and Canadian heritage, was first drawn to her grandmother’s stories “because of the language and verve with which she told them.” 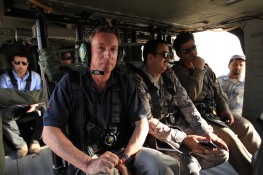 In the evening the BBC journalist and author Frank Gardner OBE reflects on his exciting broadcasting career and upon the tense mix of fact and fiction in his best selling novels.  Speaking with fellow thriller writer Simon Berthon, he discusses writing about a world he knows inside-out: as a scholar of the Middle East and the Arab world and BBC correspondent in the region – he was shot by terrorists in Saudi Arabia, which left him confined to a wheelchair – he initially put pen to paper in a riveting memoir, Blood & Sand. His first thriller, Crisis, was published in 2016 and was a Sunday Times bestseller, followed two years later by Ultimatum.

And, if that’s not enough to whet your appetite, we have a mystery guest, a well-known author reading from one of their recently published works at 5 o’clock.

Tickets are already on sale from the Omnibus web-site.  You can find the Clapham Book Festival pages under Also At Omnibus.

J J Anderson is a south London writer.
View all posts by Julie Anderson →
This entry was posted in Uncategorized. Bookmark the permalink.